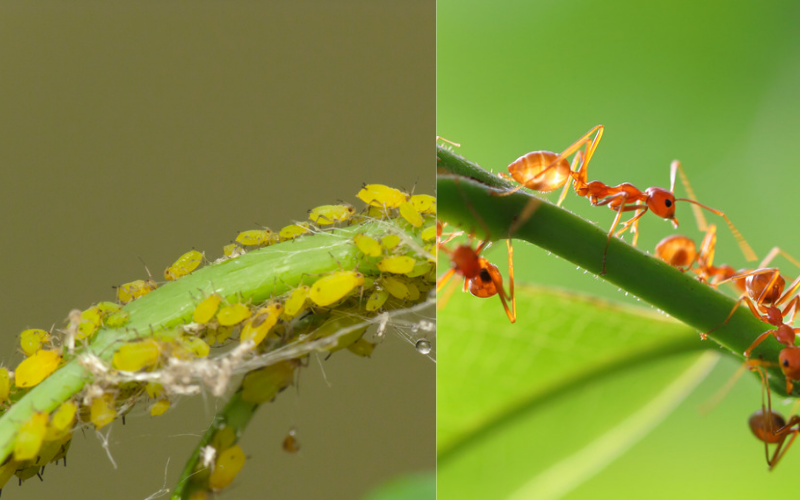 Aphids and ants have a unique and symbiotic relationship that has been observed in nature for centuries. Aphids are tiny, plant-sucking insects that are commonly found on the leaves and stems of plants. They feed on the sap of plants, which is high in sugar content, and produce a sugary substance called honeydew as a byproduct.

Ants, on the other hand, are omnivorous insects that feed on a wide variety of food sources, including plant matter and other insects. They are attracted to the honeydew produced by aphids and will often establish a relationship with the aphids in order to have a steady source of food.

In this relationship, the ants will protect and defend the aphids from predators, such as ladybugs and lacewings, in exchange for the honeydew produced by the aphids. The ants will also help to move the aphids to new food sources, as well as groom and clean the aphids in order to keep them healthy.

In addition to the protection provided by the ants, the aphids have also developed other mechanisms to avoid being eaten by predators. Some species of aphids are able to produce chemicals that are toxic to predators, while others are able to change their color to match the color of the plant on which they are feeding.

Overall, the relationship between aphids and ants is an interesting example of symbiosis in nature. While this relationship can be beneficial to both species, it can also have negative effects on the plants on which the aphids feed. It is important for gardeners and farmers to monitor for aphid infestations and take steps to control their populations in order to prevent damage to their plants.

Have you ever seen a tiny black ant with pale legs and a translucent body? If so, you’ve likely spotted a ghost ant! Ghost ants (Tapinoma melanocephalum) get their name from their unique colouring, which can make them seem almost invisible.  In this blog post, we’ll give you a complete guide to getting rid of… 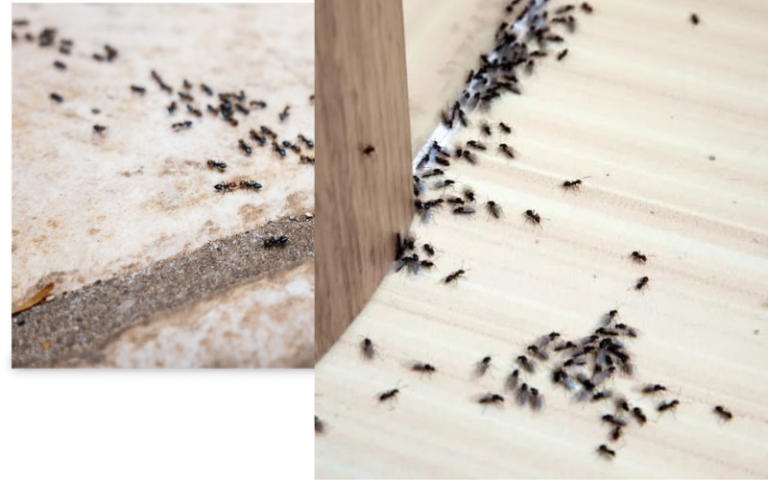 If you have ever had ants in your kitchen, you know how annoying and difficult they can be to get rid of. Ants are attracted to food, moisture, and warmth, which makes the kitchen the perfect place for them to set up camp. While there are a number of store-bought ant baits and traps available,… 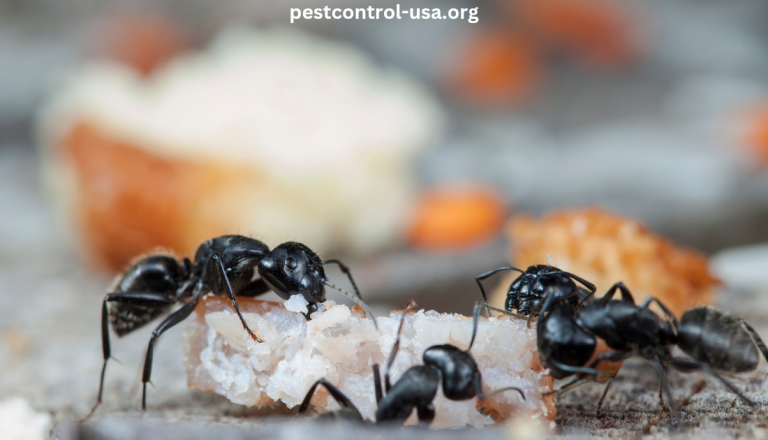 Have you ever noticed an ants nest in your yard and wondered how they found their way to the sugar bowl on your picnic table? It turns out that ants are attracted to sugar in much the same way that we are. In this blog post, we’ll explore how and why ants are drawn to… 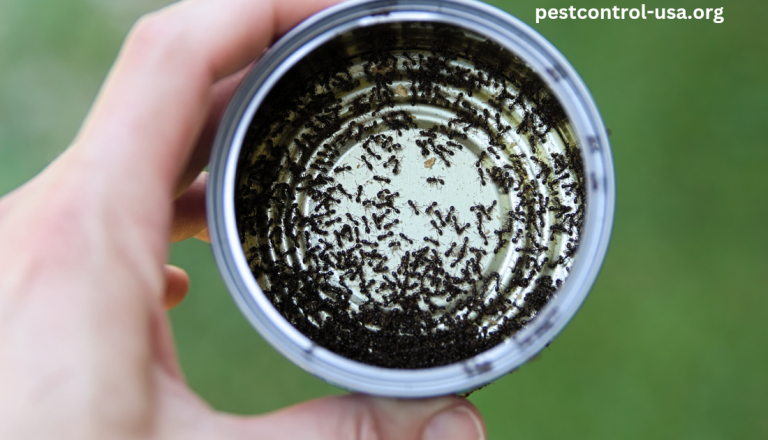 If you have ants in the house, you’re not alone. According to the National Pest Management Association, ants are one of the most common household pests in the United States. While most species of ants are more nuisance than harm, some—like carpenter ants—can cause damage to your home. If you’re dealing with an ant problem,… 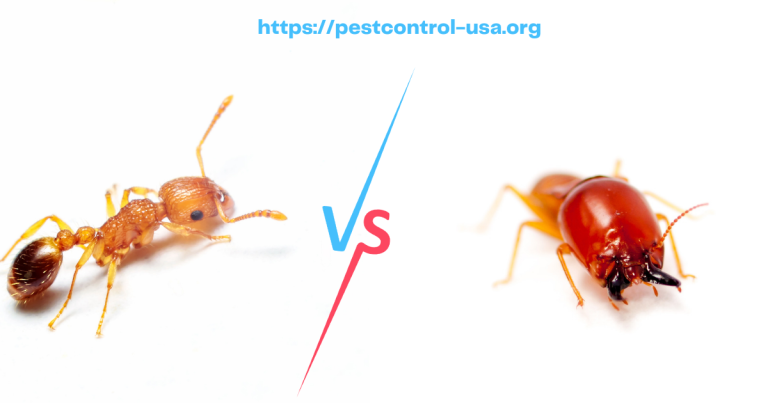 Trying to identify which insects have been frequenting your home can be quite the task. Oftentimes, people lump all insects together and treat them all as pests that need to be removed. However, not all insects are created equal. In this blog post, we will take a closer look at two common household pests—ants and…

Spring has sprung, and along with warmer weather, you may have noticed some unwelcome house guests—ants! These pesky critters are not only a nuisance, but they can also carry diseases. So, how do you get rid of them? Read on for some tips on how to get rid of ants in your house fast.  Identify…